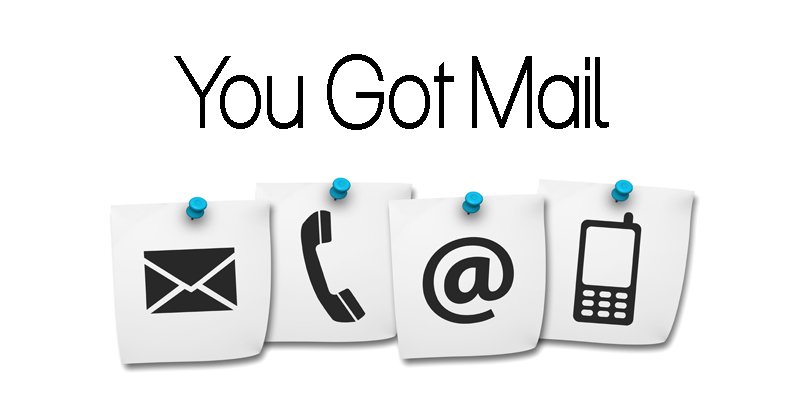 Facebook, Twitter, Instagram, Pinterest, Snapchat, and Google Plus are modern day avenues that lead to revenue when used right. And before all those social media powerhouses existed there was email which businesses have used to advertise to their customers. Today, all those things are competing for the attention of old and new consumers alike. While some think that social media has no value and others believe that email is a waste of time, they’d both be wrong. Social media and email both serve specific purposes that will help generate business.

The biggest advantage of email that’s been shown in many studies is the immediate action taken by email subscribers. On average, 3 out of 100 people emailed will open an email, while half of

that will proceed to your website. By contrast, a business with 1000 likes MIGHT receive three views but on average receive less than half of that and even fewer clicks toward your website traffic. EMail has a 10-fold advantage when it comes to customers visiting your website. Another advantage to email is that it can be personalized which helps with consumer engagement.

On the surface, the cold numbers don’t favor social media. But digging a little deeper shows the true potential of social media marketing: virality. A typical email only reaches the person it’s emailed to. Email subscribers rarely forward an email to another user. But a post on Facebook or Twitter, are more readily shared and reaches many more thousands of people than intended. Also, things like Facebook options for targeting a post to specific groups of people tends to generate a lot of traffic for businesses.

The biggest flaw for email marketing is the limited scope. While email marketing campaigns generate more consistent traffic, it’s only to the user base on your email list. This list will grow based on the design of your website and how successful it is at getting people to sign up and through the use of social media marketing. Email will rarely draw in new customers.

For social media, the biggest problem lies in the fact that you’re dropping a needle into a haystack. On Twitter alone there are an average of 6,000 posts every second! Your next post has to compete with all of that to reach customers. After reaching a customer your post has to make them click. Creating a base of Likes or Followers is also tough when compared to email which uses the more familiar subscriber model.